Jump to Latest
Primrose
Ford has filed a trademark in Chile with the with the Chilean Instituto Nacional de Propiedad industrial for a "Maverick Tremor."

The questions is, if this means an off-road Maverick is coming, will it be available in the US and how much of a change will it be from a standard FX4. 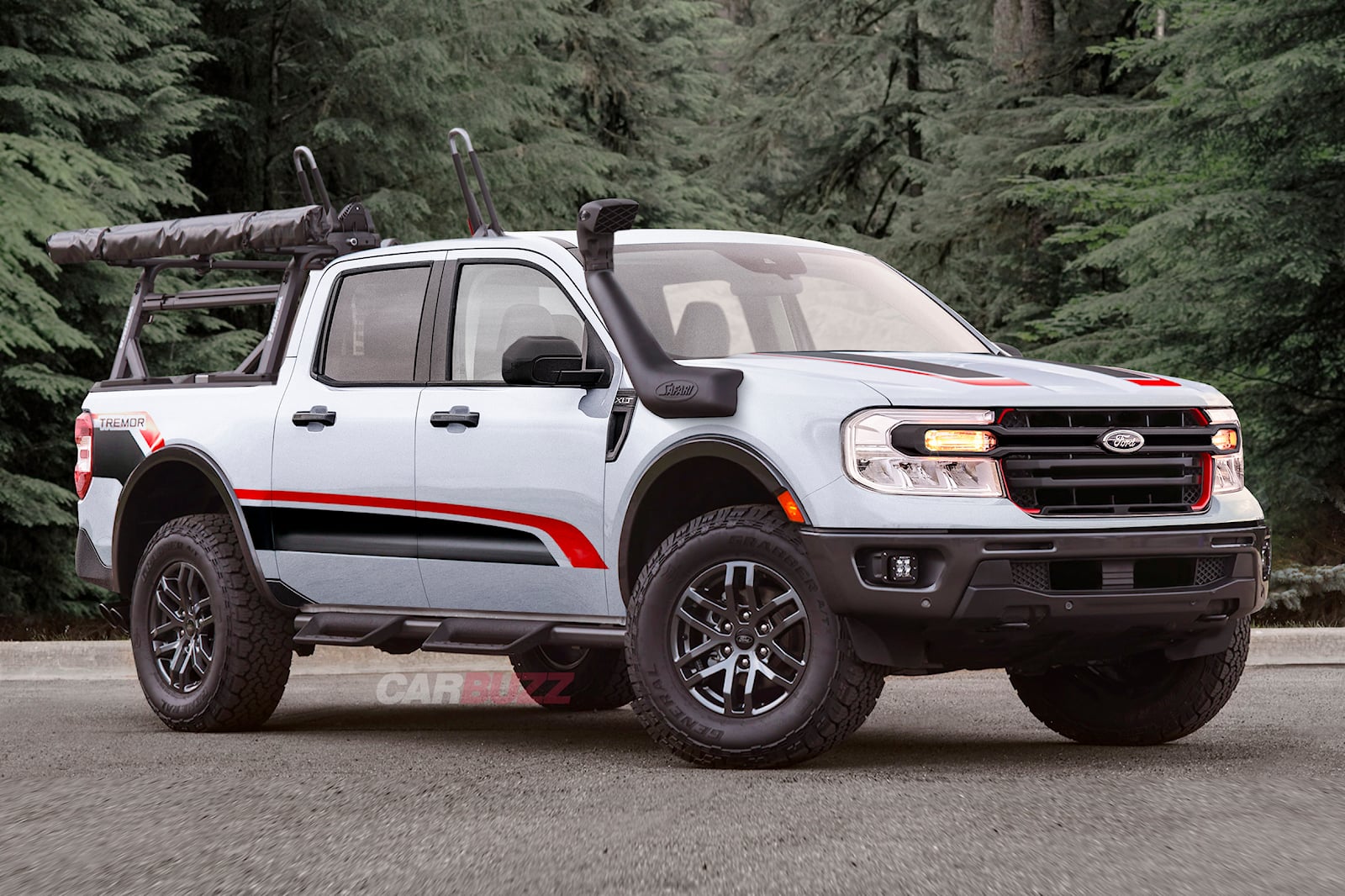 Ford Maverick Tremor Coming To Play In The Dirt

When the Ford Ranger Tremor was revealed in September last year, the company said that it was the most capable factory-built mid-size truck that it had ever sold in the US. That's a bold claim considering how good the Ranger with the FX4 pack is in the dirt. It was followed by the F-150 Tremor...

Well, the respected Tremor badge will now find its way onto another Ford truck - the smaller Maverick. CarBuzz uncovered a trademark for the Maverick Tremor name that was filed with Chile's National Institute of Industrial Property (INAPI).

Translated from Spanish, the trademark filing describes the use of the Tremor name for "motor vehicles, namely cars, pickup trucks, electric vehicles, sport utility vehicles, all-terrain vehicles," among other things. Obviously, Ford wants the freedom to use the Tremor name wherever it sees fit, but what would a Maverick Tremor look like and what level of capability can we expect?

We rendered our take on a Maverick Tremor with some of the touches applied to the Ranger Tremor like the chunkier rubber, black and red decals, and the practical side steps. We also added a snorkel for better water-fording capability, along with the necessary equipment - potentially to be offered as an accessory - for setting up a tent. The Ranger's $4,290 Tremor Off-Road package's contents give us a clue as to how the Maverick Tremor could be upgraded under the skin. That's quite pricey, but Maverick buyers have shown they aren't shy to spend way more than the sticker price on their purchase.

This Ranger Tremor has an off-road tuned suspension with FOX dampers, an electronic-locking rear differential, off-road tires, an exposed bash plate, skid plates, trail control, and a terrain management system. Naturally, you need to specify the 4x4 drivetrain first before being able to add on the Tremor Off-Road pack. For the Ranger, the suspension travel, as well as approach/departure/breakover angles, are all improved in Tremor specification.

While the Maverick's unibody construction will prevent it from being quite as capable as the bigger Ranger, the Tremor Off-Road pack's upgrades should make it wildly popular. With the Maverick already lighting up the sales charts, an off-road-focused model like the Maverick Tremor could be another selling point that sets the compact truck apart from the snazzier but softer Hyundai Santa Cruz.

Joined 11 mo ago
·
434 Posts
Why can’t they just make a hybrid with a 2.0 kWh battery, FWD extended cab with a 6 foot bed . Let’s call it a Hi output Maverick Truck . For what the American market wants .

Joined 11 mo ago
·
434 Posts
delete
1 - 3 of 3 Posts
Join the discussion
Continue with Facebook
Continue with Google
or sign up with email
About this Article
0 likes
2 Replies
Written By: